The Morning of the Earth 50th Anniversary

Albert Falzon’s Morning of the Earth

The epic surf film Morning of the Earth has been lovingly restored and remastered in stunning 4k. The release includes an amazing bonus, that will include never before seen footage from Alby’s ‘lost reels’.

Known to many as the best surf movie ever made, Morning of the earth captured the spirit of a generation and became an instant benchmark of avant-garde cinema.

A fantasy of surfers living in three unspoiled lands and playing in natures oceans, Morning of the Earth tells the story of a group of friends exploring the measures of all things beautiful: searching for virgin waves in Bali, Hawaii, and Australia, shaping their own surfboards, building their own homes and living off the land in harmony with nature. With G. Wayne Thomas’ billboard topping soundtrack (the first Australian soundtrack to go gold) and surfing featuring some of the world’s best, Morning of the Earth is a must-watch and prerequisite for any surfer and cinephile alike.

Now meticulously restored and beautifully remastered in 4K, we celebrate the film’s 50th Year Anniversary with you. This museum-grade restoration off of the original 16mm AB rolls presents a pristine copy which, Alby says, “looks and sounds better than it ever has.”

The film will be shown during the Noosa Festival of Surfing at The J Theatre on Friday 11th March from 6 pm.

When purchasing your tickets, there is an option to ask Ably a question. We will select the 6 best questions and Alby will stream the answers at the conclusion of the film.

THIS EVENT IS SOLD OUT!!! 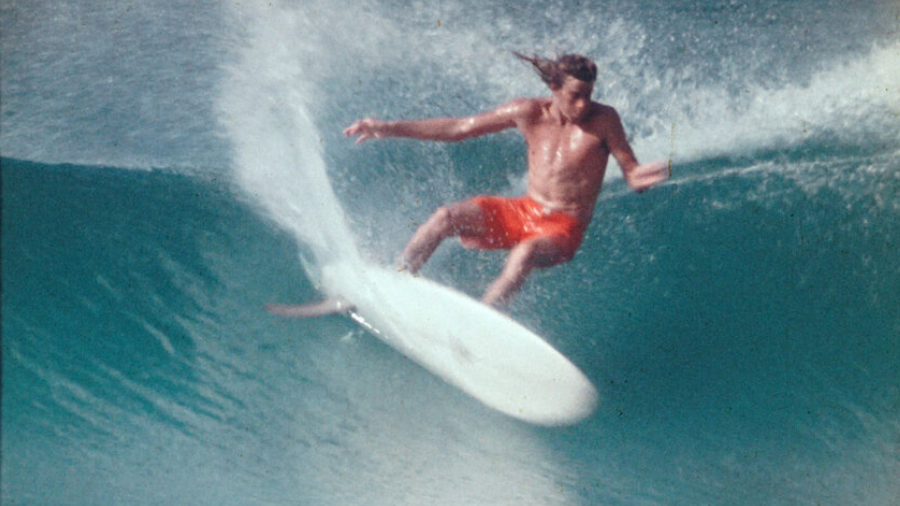