The Luxico Men’s Open is sure to bring a large crowd to First Point Noosa with a hotly contested division year in year out.

With $1,500 up for grabs in prize money, the men will be fired up to take out the title and gain bragging rights over the First Point lineup for another year.

Ben Considine was impressive in a much deserved 1st place of the 2021 event. He will be hard to beat, but there are many surfers who are capable including our man to watch, Bowie Pollard. Runner-up in 2021, Clinton Guest who was a standout in the early rounds but couldn’t quite get the scores when it mattered in the final and our dark horse, Nic Brewer who has competed in the Noosa Festival of Surfing for several years and knows the conditions and the points as well as anyone. 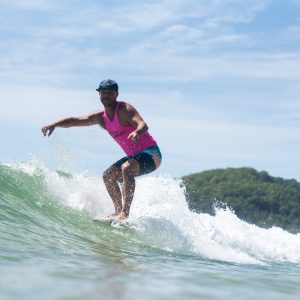 When he's not slinging boards at Beach Beat or beaming his big smile across Sunny Coast TV screens for the daily surf forecast. Bowie is usually shredding somewhere on the Coast on any type of surf craft from longboard to shortboard and everything in between. In our opinion, he is the one of the top contenders this year but he is up against some stiff competition in the 2021 winner, Ben Considine and Clinton Guest who was the form surfer through last years Open despite missing out on the top gong.

Back to all Events